Agrigain: Making Your Soil Work For You 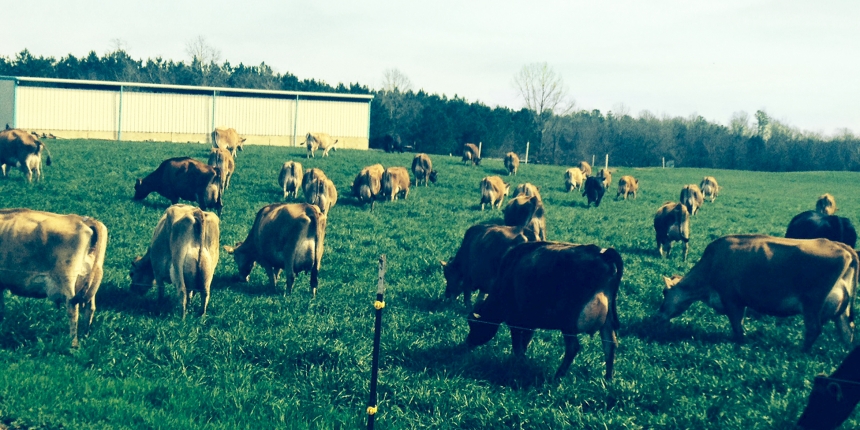 Agrigain: Making Your Soil Work For You

Mike Arnold, owner of Arnold Land and Cattle, is onto something. Spending the majority of his life in the cattle industry, Arnold understands what it takes to produce exceptional dairy and beef cattle. That’s why, three years ago, Arnold founded Agrigain, a company that offers the power of SumaGrow for today’s dairy farmer and cattleman, resulting in exceptional feed for their herds, as well as profitable, sustainable farming practices.

“I’ve been in the cattle business all my life,” Arnold says, “Before I got involved with Agrigain with SumaGrow inside, I watched the product being used for five years. I watched the tests and the trials because I needed to know that it really worked before venturing into starting a company that offers SumaGrow product. Our product can be used for both organic and conventional farm practices. We are reducing fertilizer by up to 50 percent and increasing yield from five to 20 percent.
If there is one thing Arnold knows a thing or two about, its cattle. In the past 20 years he’s backgrounded more than 50,000 cattle and successfully served as a Superior Livestock Representative for 25 years. When he came upon SumaGrow, a liquid concentrate 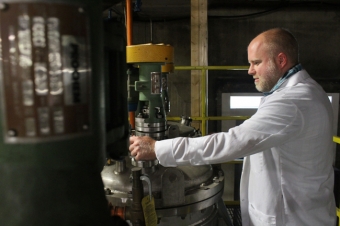 microbial agricultural product designed by Bio Soil Enhancers, Inc. (BSEI), to promote soil and plant health, he decided to market the product to help other cattleman and farmers to meet their yield goals and improve their bottom lines.

Proven Results
And that’s where Agrigain comes in. Products containing SumaGrow, like Agrigain, have been shown to result in higher yields, as well as increased nutrient density in forages.
Agricultural consultant Chuck Grantham explains the beneficial microorganisms contained in Agrigain products are a key part of the product functionality as they stretch the overall plant health and soil health. By producing a healthier plant, the animals are able to take in more of the nutrients from the soil, which results in a higher quality product that the dairy cattle consume.
“In dairy, that means growing a feed that has a higher crude protein, higher total digestible nutrients, and a higher relative feed value. The higher the quality of the forage, the more milk production that these dairy farmers can expect,” Grantham says.
It also means that dairy farmers who use Agrigain products have reported higher stocking rates, higher average daily gains and healthier dairy cows with shiny hair coats. Mineral requirements for dairy herds may decrease as the livestock ingest more natural minerals in the plant from grazing healthier, more nutrient-dense forages.
According to Pam Barr, owner of Barr Farms, a diversified dairy farm in Mendenhall, MS, the cows can tell. “They will walk past a bale of untreated hay to eat the SumaGrown hay. It’s sweeter,” Barr says.
The Agrigain team works with each dairy farmer to determine the proper application protocols of products containing SumaGrow that are specific to the needs of each farm. When used in conjunction with current growing practices, growers can see a decrease in fertilizer inputs of up to 50 percent. The objective is to reach the producer’s production goals while reducing fertilizer inputs.

How?
Agrigain products help improve fertilizer efficiency thus reducing the amount of applied nutrients required. The microorganisms contained in SumaGrow were specifically selected for their abilities to improve nutrient mobilization, unlock soil bound nutrients, and sequester nitrogen.  Different concentrations and application rates may apply based on various factors such as soil condition and crop type.
“Agrigain products will help anything with a root system and can be used on all sizes of crop production,” Arnold says.
Arnold recommends performing soil tests when using Agrigain products because a soil analysis will show the fertility and mineral density of the soil and indicate what Agrigain products will best benefit a farm’s operation to meet production goals and animal health and well-being. 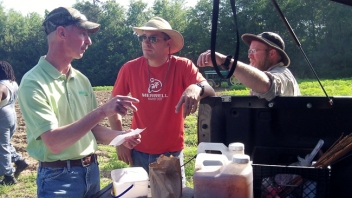 So what does this mean for animal performance?
In a study of beef steers’ summer grazing performance, the research indicated that the animals that grazed on SumaGrow treated sorghum plots had a cost advantage of +$101.45 over the conventionally fertilized plots. SumaGrow grazed cattle gained an average of .27 lbs per day more than the cattle grazing the untreated plots, and the SumaGrow treated pasture could handle two animals more per unit than the conventionally fertilized fields.
Conducted by Murray State University in Western Kentucky, the primary focus of this study was to determine the effectiveness of different methods of alternative pasture inoculations compared to traditional nitrogen fertilization. Thirty-two cross-bred steers were divided into four equal groups that weighed an average of 628 pounds at the beginning of the grazing period. BMR sorghum was planted no-till at a seeding rate of 19 pounds per acre. The four groups of steers were moved to fresh grazing paddocks when approximately 50 percent of the available forage dry matter in each paddock had been consumed.
The SumaGrow treated plots of BMR sorghum, showed a higher Average Daily Gain (ADG), a higher Animal Unit Month (AUM), and a significant cost advantage when compared to the nitrogen fertilization, raw milk, and a control (no treatment).
The ADG for the steers grazing the SumaGrow treated forage showed an additional gain per steer of 40.5 pounds for a 150-day warm season grazing period when compared to either the fertilizer only or the control group.
In calculating AUM, which for this trial was defined as the number of beef steer that one acre of forage could support for every 30 day period, once again the SumaGrow treated forages were significantly greater than the fertilizer only or control treatments.
Per acre cost analysis for the treatment and application costs indicated an advantage of $101.45 per acre for the SumaGrow treatment compared to the control. The SumaGrow had the best overall performance with higher ADGs, increased AUMs, and better return on investment.

Improving Soil Water Efficiency
“Everything above ground is dependent on what’s going on below ground. So the fertility of the soil is paramount,” says Chuck Grantham, agricultural consultant at SumaGrow. “When you have an increase in soil fertility, you have an increase in the water holding capacity of the soil. So instead of running off or standing, the water is held within the soil leading to increased water holding capacity therefore retaining vital nutrients that are available for the plants. This is key when evaluating the water stress that is occurring across the agriculture industry today and what is predicted for the future.”
Every state in the US is predicted to experience water stressors within the next ten years and uncertainties well beyond that. As thousands of acres are left fallow as drought conditions prevail in some parts of the country, wet and muddy farmland has frustrated other producers and delayed planting and harvesting. Both conditions will adversely affect producers’ crop production and earning potential. 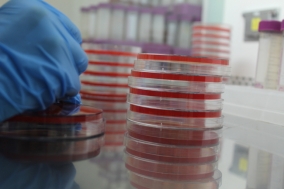 “It has made a significant difference with drought tolerance,” says Barr, who has been using SumaGrow products for three years. “We planted our rye grass around October and had such a dry season that my neighbor’s fields didn’t germinate. They are literally across the street from our fields. Our neighbors told me that we were the only ones around that grew any grass.”
As Arnold further explains, it is because the biologicals in Agrigain increase the soil’s fertility and nutrient efficiency that plants and forages produce longer, denser root systems that capture untapped water and nutrient resources. This produces the healthy, resilient and higher-nutrient crops and forages.
“This winter we had some ice and our grass recovered much quicker than the neighbors. It’s also convenient because we can mix it with our herbicide applications so we have to make only one pass over the fields,” said Barr.

The Future is Here
There have been unprecedented shifts in agricultural production in recent years. From polarizing policies to the growing concern over the environmental impact of conventional agricultural production, the agricultural industry has seen a dramatic increase in the emphasis on using products and procedures that will positively impact the environment.
Agricultural industries and publications all now increasingly publish informative material that stress a healthy community of microorganisms are essential to improving soil health and reducing the environmental and economic impact of agriculture while meeting our global nutrition demands.
While many in agribusiness may be newly aware of the benefits of agricultural biologicals, BSEI has been recognized for being in the forefront of this biological movement for almost a decade, nationally and internationally. Consider way back in 2011 when SumaGrow was highlighted in “Bison World.”
“A new organic soil microbial introduced by Bio Soil Enhancers, Inc. shows significant promise for increased forage and crop yields, improved brix levels and significant or elimination of chemical and forms of fertilizer.” (Bison World, 2011)
“Bottom line,” says Arnold, “We are reducing nitrate runoff because we are putting something back in the soil. We know which microbes work best in the soil, and which ones do not. That’s why we are so far ahead of anybody in the industry.”
For more than a decade, SumaGrow biologicals have been in production, following more than 20 years of research and development by BSEI. Ongoing research that includes numerous field trials from universities, third parties, and specialized testing facilities, demonstrates the benefits of using agricultural microbials for higher yields, lower input costs, and improved water-holding capacity of the soil.
Specifically, using Agrigain, SumaGrow inside products help repopulate the soil with beneficial microorganisms that work in the root zone of the plant to help retain water and nutrients for the plant’s use. This supports higher yielding and hardier crops.
“At the end of the day what we really want to do it is leave it better than we found it,” Arnold says. “At Agrigain we realize it is about maintaining a healthy balance, and if we don’t do something soon—because we have fertilized with mostly harsh alkaline commercial fertilizer for so long—we aren’t going to get as good of results as we want, both now and in the future.” 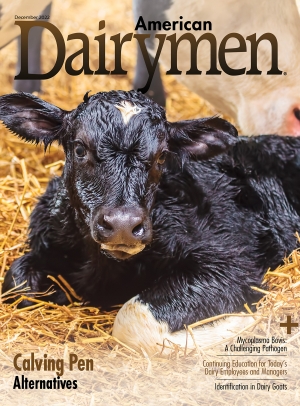