Brown Weight Valve: A Valve You Can Love 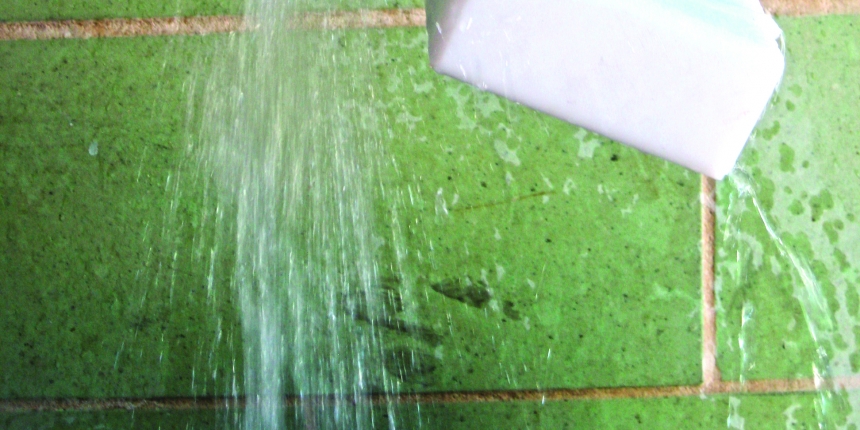 If you have been around dairymen much, you know that almost all of them have things that they love. They love the brand of their tractor (and probably have several replacements). They love the kind of pickup truck they drive. They love the breed of cows they have. And the list could go on.
But you will seldom find a dairyman that loves the kind of float valves that they use in their water troughs. Float valves have been the only device available to control the water level in any container, water trough, swamp cooler, and toilet tank for roughly two hundred years. More often than not dairymen will tell you how much they dislike them, and they can’t find one that works well and lasts.
Can you think of any other device that uses two-hundred-year-old technology? There are variations that have had some success but most are not a dairyman’s favorite device.
That is changing. There is a new water valve available that is not a float valve but operates on a new principle. There is finally a water valve that a dairyman can love.

Introducing the WEIGHT VALVE
Garry Brown, a former dairyman, has been developing and selling his weight valve for several years. This valve is not a float valve. It uses a valve that is normally closed (a float valve is normally open and the float holds the valve closed). This valve has a weight on an arm that pushes the spring-loaded valve open when the water level is lowered in the tank. The arm is adjustable for setting the water depth.
Brown’s weight valve uses a solid block of HDPE (high density polyethylene) mounted on the arm. HDPE is lighter than water and is the perfect weight for the valve. This block rests at the water’s surface. As water in the tank lowers, the weight pulls down on the arm, pushing the spring loaded valve open and turning on the water.
As Brown developed his weight valve, he built it the way dairymen would want, heavy duty and built to last. The valve housing and weight are made of HDPE; all metal parts are made of stainless steel. It is built to last, priced competitively with other valves and made in America.

Figure 1 is a cross section of the 17-gallon-per-minute weight valve housing. The housing is a solid block of HDPE plastic. HDPE has enough give that even when frozen all winter — full of water — the housing is not damaged. Note the stainless steel piston and spring, and a stainless-steel threaded bolt which holds the heavy-duty rubber ball that serves as the gasket that shuts off the water. The seat for the gasket is the HDPE housing. Water flows out of the bottom. HDPE is much more resistant to wear from water then metal.
The arm on the regular size Brown Weight Valve is a one-eighth-inch-thick bar of stainless steel. The weight is a solid block of HDPE about the size of a brick and weighs about two pounds; these weights will never fail like a float valve will.
With a weight valve, the most pressure that can be put on the valve is the weight on the arm. The arm is hinged to push in on the valve but not attached to the valve, so if the water level rises the weight will float up without putting pressure on the valve.
There are several different sizes of Brown’s valves that deliver from four gallons per minute to over twenty gallons per minute. Brown has put together many configurations, such as a valve with a short arm and a hanging weight, and an arm that allows the valve to be mounted under water. Other sizes and configurations are possible as demand dictates.

Weight Valve Anti-Freeze Valve
Brown has found a perfect anti-freeze valve to use on the weight valve to keep water lines and valves from freezing. It is fully adjustable from a dribble to a full stream (with a 3/16-inch opening). The freeze valve, like the weight valves, are built to last. Moving water will not freeze. This valve can be closed to where it delivers a pinpoint stream (it has to be left on with a solid stream) and can deliver as little as two gallons in three hours. You don’t need very much volume in your troughs to hold this additional water during the night when animals are not drinking.
The weight valve arm is adjustable so you can adjust it to shut off the water at a lower level during cold weather so the additional water added to the trough at night —when few animals drink — will not overfill the trough.
There are several freeze valves on the market that turn on a small stream of water when the water temperature approaches freezing. These are being sold for use with float valves. Since the water cannot rise any higher than the float’s shutoff without damaging the float valve, this requires an overflow drain to carry the additional water out of your corral. It would be very expensive to put underground drains in all troughs, and this water is wasted, adding further expense. There is one other way to keep troughs from freezing using a float — heat the trough — and that is expensive.
The arm on the weight valve is hinged so it only puts pressure down. If the water level is raised higher with a freeze valve it puts no pressure on the valve or weight. The weight floats up with the rising water. By adjusting the small stream of water that the freeze valve delivers, it comes out of the valve at the water pressure in your water line, and sprays toward the weight so it tends to keep the weight from freezing in the trough.
During really cold periods it will keep the water line, the valve, and the area around the weight from freezing. When the animals start drinking in the morning, the new water coming into the trough will melt the rest of the trough. If the weatherman says it’s going to be extremely cold you can open them a little more. During the summer you can shut them completely off. Another nice feature of the valve is if you want to turn off the water, all you do is lift up the arm and lay it on the top of the valve, the water stay’s off until you put it back down.
The WEIGHT VALVE, and the FREEZE VALVE are a perfect match. For one person to come up with just one of these ideas is great — but Garry Brown came up with both! To learn more, visit www.BrownWeightValve.com, contact Garry at 801-602-9910, or send email to wilgerbin@aol.com.