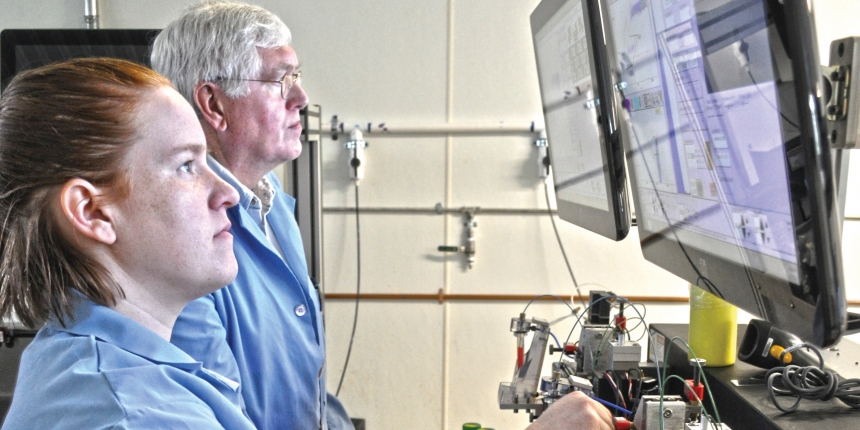 Historically Speaking
One of the leading innovators of sex sorting semen is Sexing Technologies, based in Navasota, Texas. The company began commercially sorting semen in 2003 and, over time, committed itself to selling its own line of dairy and beef semen through its bull studs, Trans-World Genetics (TWG-ST), Taurus-ST and Trans-America Genetics (TAG-ST). The selling resources of TWG-ST and Taurus-ST were combined under a new name  —   STgenetics — in April of this year. TAG-ST continues to market semen under its own name.

As Jim Hiney, marketing manager at Sexing Technologies explains, when sexed semen first became commercially available, sales were hampered by high prices — due to the cost of the sorting process — and conception rates that were about 25 percent lower than those achieved through using conventional semen.

“Technological advances in the sorting machines, the software that runs them and the media that nourishes and invigorates sperm cells have resulted in lower sorting costs and higher conception rates that rival those of conventional semen,” Hiney says. “Dairymen were advised to use sexed semen only in heifers, whose greater fertility created the best chance for pregnancy.”

However, during the past decade, ongoing research and development projects at Sexing Technologies have produced more efficient and effective sorting machines and protocols, which in turn resulted in a higher fertility product for both heifers and mature cows.

“Our core competency for STgenetics is dairy and beef genetics with technical support from a reproduction perspective,” says Jack Hippen, national sales and production manager at STgenetics.

How It Works
Technologically speaking, sexed semen is semen in which the fractions of X-bearing (female) and Y-bearing (male) sperm have been sorted and selected from the natural mix. Specifically, sperm is sorted by identifying differences between the X- and Y-bearing sperm. The X chromosome (female) contains about 4 percent more DNA than the Y chromosome in cattle. This difference in DNA content can be used to sort the X- from the Y-bearing sperm.

According to Sexing Technologies, sexed semen has an approximate conception rate of 90% of the conventional semen rate. Sexed semen is also roughly 90% accurate for the gender selected.

As Hippen explains, a dose of sexed or sorted semen is either a female or male dose.

“We can sort either sex but within the dairy industry, females rule the day,” Hippen says. “There is some calculating that is performed in the industry to allow you to plug in numbers to determine the percentage of sex doses you should use on your dairy cattle. Some of these variables that determine the percentage includes cull rate, whether or not you want to grow your herd, and conception rate, etc.”

Advantages Aplenty
For dairy farmers, the major economic advantage to sorted semen is the heifer replacement aspect. Holstein heifer calves currently bring about $200 more than bull calves. The difference is about $700 in the Jersey breed. With this value difference, the additional revenue generated from a higher percentage of heifer calves offsets the higher cost of sexed semen compared to conventional semen, making it a profitable breeding alternative.

According to Hippen, sexed semen allows for more females, of course, but it also allows for the dairy to select from a larger group of females to keep when selecting replacements.

“If the dairy genomic tests all their females, they can also increase the genetic value of their herd sooner,” Hippen says. “There is also some research that shows higher milk production for the dam when she delivers two females in a row. This also means calving ease — specifically less stress on the animal delivering females as well.”

It is well established in the bovine industry that cows delivering heifer calves experience fewer birthing complications than those delivering bull calves because heifer calves are usually smaller. But a study from a respected biology researcher, Dr. Katie Hinde at Harvard University, also indicated that cows carrying heifer calves produce more milk than those delivering bull calves. Obviously, fewer calving complications and greater milk production are two compelling economic reasons for dairymen to include sexed semen in their herd management.

Sexing Technologies stresses that by utilizing female sexed semen, dairymen can produce heifers with a 90% degree of accuracy, or purity, in gender selection. Using sexed semen allows for more heifers to choose from. Genomically testing these animals allow dairymen to use the highest genomic bulls with the dairy’s highest genomic heifers.

A large component of the calculator tool is to determine the advantage of sexed semen by calculating the income margin over breeding cost generated by each system, or value of the calves minus the breeding cost. This margin illustrates the economic performance of the sexed semen system as compared to the convention AI semen or natural process.

As part of the evaluation process, issues such as live calf values, reproduction rates, costs of breeding systems and pregnancy and calf loss data are determined.

When dairymen set out to produce quality replacement females, their aim is to achieve calves with the best genetics possible. They can reach this goal by using female sexed semen from high genetic value bulls on their elite genetic heifers. In doing so, the overall performance of the herd improves. Additionally, as the market for dairy heifers improves, the gender difference will continue to favor female sexed semen.

“For us, the benefit of using sexed semen is being able to expand a closed herd quickly and using the best genetics available,” says Joshua Hoffman, reproduction manager at AgriVision in Hartley, Texas. “It is an economic and genetic investment in the future of our producers herds by building profitable cows. If we had to go out and purchase springers we would not know the genetic background of the animals and would therefore reduce the genetic merit of the herd.”

With an increased number of heifers, dairymen will have a better selection from which to choose their “keeping” heifers. They would not have to keep heifers produced from average or below average cows.

The future of gender selection process within the dairy industry is very bright — for farmers and researchers alike.

“Sexing Technologies has some of the industry’s highest gTPI bulls in the market, so we have come to the marketplace as a true competitor and it’s only going to continue to grow,” Hippen says. “We are committed to continuing to produce high genomic bulls and as they age we will be providing high genetic valued proven bulls.” 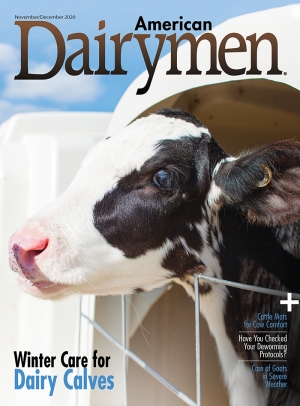