The Growing World of Crossbreds 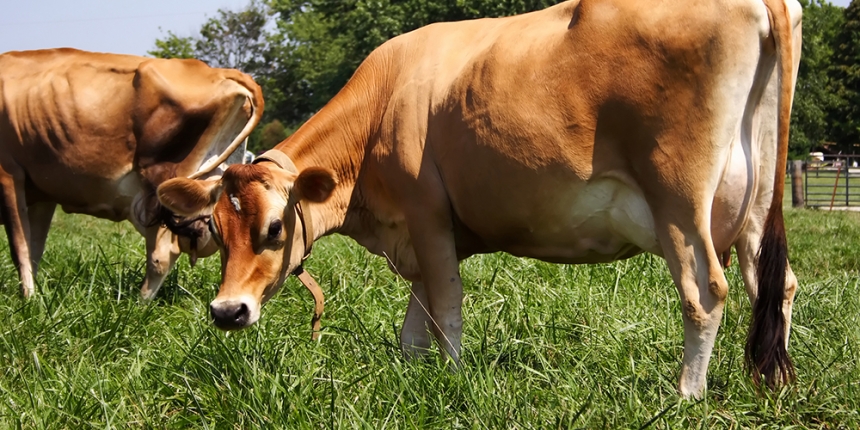 The Growing World of Crossbreds

By Jaclyn Krymowski for American Dairymen

No one will deny there is a whirlwind of change coursing through the dairy industry. With it comes discussion of both old and new ideas to best move forward. One of these hot topics is crossbreeding. It’s hardly a new concept, but many dairymen are only recently giving it a serious look.

When it comes to breeds and breeding decisions the dairy world abounds with opinions of all sorts. But what does science have to say about the influence of crossbreeding? When done correctly, the results are effective and proven. The most profitable cow of the future may yet lie ahead building on the different breeds of the past.

Changing tides
Traditional North American dairying systems have shied away from crossbreeding. This is largely because the industry grew as with increased demand for fluid milk production and many farms opted for purebred Holsteins. There seems to be a stigma that you will end up “ruining” perfectly good purebred herd by outcrossing to different breeds.
As the market demands shift and economics demand more efficient traits that can support a long-lasting cow, crossbreeding may be a progressive solution. According to the Council for Dairy Cattle Breeding (CDCB) the number of crossbred dairy cattle is up 400% percent over the past decade. In light of this, they intend to add crossbreds to their genomic evaluations to accommodate this rising group of animals.
Outside the United States, crossbreeding has been experimented and refined for some time now. Holsteins, in part due to their popularity and inbreeding concerns, have been the focus of many crossbreeding studies and applications. The practical application of successful crossbred animals in commercial herds is probably the most convincing evidence to illustrate hybrid vigor at work.
Crossbred Holsteins are consistently shown to be more profitable than their purebred counterparts. While overall milk output is lessened, the crossbred animals are more feed efficient and have a longer productive lives on average. Depending on the breed cross, increased fertility, disease resistance and earlier heifer puberty have also been reported.

The right mix
Many herds that practice crossbreeding have adopted a three-way cross and keep their breedings on a rotational system. One of these is the combination of Holstein, Jersey and Swedish Red. One study examined this cross with a purebred Holsteins on two different production systems of low and moderate concentration inputs for a full lactation. The crossbred animals had lower feed intakes in their early lactation and over all lower total milk yield. However, they made up their value in higher fat and protein content. In this case, the study saw no improvement with fertility, but did see fewer cases of mastitis with the crossbreds.
Another crossbreeding method, ProCROSS, also uses a three-breed rotation of Holstein, Montbeliarde and Viking Red. The Viking Red breed is itself a result of the Swedish Red, Finnish Ayrshire and Danish Red breeds. The method takes years to come full circle, but the end result promises a herd that excels in production, milk quality, productive life, fertility and better calving with minimal assistance. 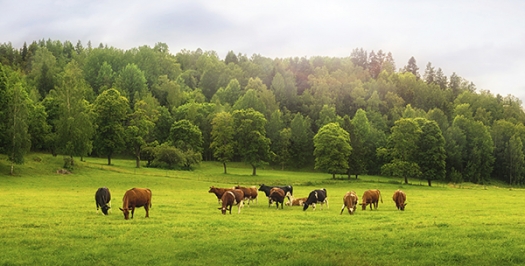 A recent 10-year study in Minnesota looked at eight different large-scale herds who used a group of purebred Holsteins as their foundation and, with the ProCROSS rotation, eventually bred up to the three-breed cross.
The first generation bred the half the Holsteins to either Montbeliarde or Viking Reds and the rest to traditional Holstein sires of comparable genetic merit. The resulting generation of Montbeliarde and Viking Red Holsteins crosses showed, again, less fluid milk output compared to the purebreds but enhanced fat and protein contents. The calving of these three groups of cattle found that the Viking Red crosses had the least calving difficulty and the lowest stillbirth rate. On average, purebred Holsteins can expect to see stillbirth rates in excess of 8%. The study noted that if each live birth were given a fixed value at just $500, the advantage of 5%more live calves alone would be more than $22,000 profit from 997 crossbred calves. Additionally, it was noted crossbred bull calves often sell for a premium price compared to purebreds.
Body condition, in the ProCROSS and other case studies, show crossbred groups maintaining significantly more body condition than pure Holstein cows throughout their lactations despite them being smaller and lighter. This can give a fertility advantage when it comes to breeding back during late lactation. Both crosses also showed 8-12 fewer days open.
Survivability is another trait that makes crossbred attractive to many producers in a variety of climates and circumstances. In the Minnesota study, the first-generation Viking Reds and Montbeliarde crosses combined had a +4% survival rate to their second lactation than their purebred herdmates.
Other crosses frequently used are include the standard Holstein and Jersey or the “HoJo”. In South America other strategies have incorporated Bos Indicus type cattle, to create a cow that will be effective in the tropics.
As with any other breed, crossbreeding is only as effective as the breeding decisions behind it. Conscious breeding, with an added dash of creativity, may lead us to a future of untapped potential we didn’t know existed.