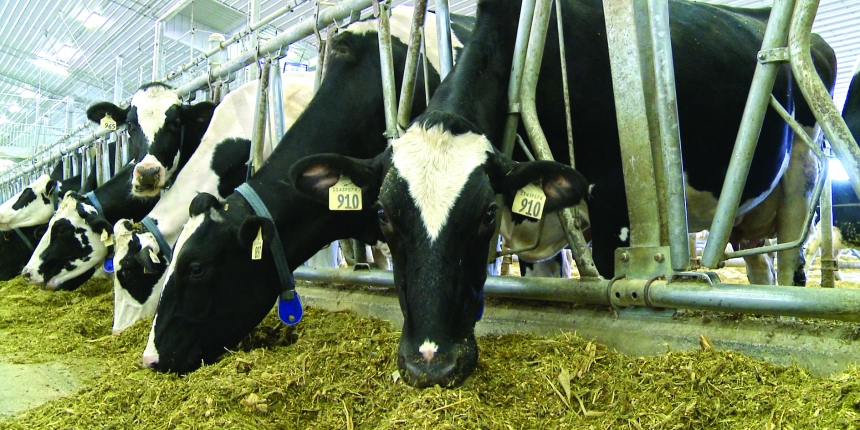 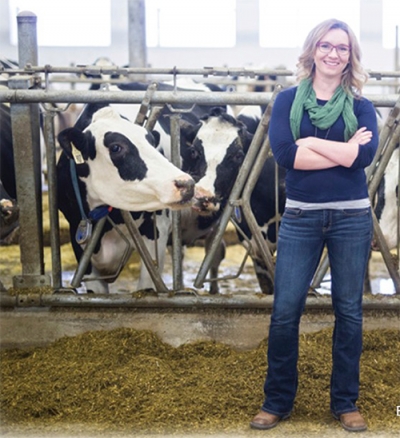 O&T Farms, which is based in Regina, Saskatchewan, has spent the past two decades researching ways to naturally enrich livestock feeds. During that time, O&T Farms (www.otfarms.ca), has observed animal health benefits as a result of incorporating LinPRO™-R, their value-added Omega-3 specialty feed, into the diets of transition cows. Numerous on-farm demonstration trials as well as university research have confirmed an immune response and improved conception rates when LinPRO™-R is fed to dairy cows. The health benefits of Omega-3s have been well documented in humans and are now being applied to livestock nutrition as well. During a cow’s transition period, she undergoes major physiological changes as she prepares to birth her calf and start the lactation cycle. Ultimately, a cow that is nourished properly will have better immunity, which will help support her future reproductive performance and enable her to handle the stresses of high milk production. However, practical on-farm strategies to ensure transition cow health can be difficult to come by.

Where to turn
O&T spent its early years researching how to improve the effectiveness of livestock feed. Their earliest work led to the discovery and subsequent patent of a natural Omega-3 dry extruded poultry feed product called LinPRO™. Realizing the specific needs of livestock, and particularly cattle, O&T started to work on an Omega-3 specialty feed specifically for ruminants. By 2010, through collaboration with the University of Saskatchewan, LinPRO™-R had been developed for ruminant diets. The key to LinPRO™-R’s success is the dry extrusion process and its ability to protect polyunsaturated Omega-3 fatty acids through the formation of protein-fat complexes. Through the development of this product, O&T Farms has successfully increased the rumen escape value of dietary omega-3 fatty acids and developed a reliable, consistent and easy method to incorporate Omega-3s into dairy cow diets. 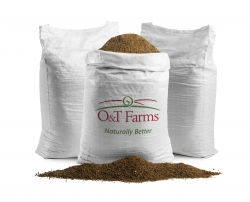 Janna Moats, who is the Research and Development Manager for O&T Farms, has helped plan and execute numerous research initiatives involving LinPRO™-R while also attaining her Master of Science Degree. The company’s research initiatives originally focused on the use of extruded flaxseed products in animal diets for the development of Omega-3 value-added foods. Throughout this research it became apparent that an immune response was occurring in the cows when LinPRO™-R was incorporated into the diet, resulting in improved conception and animal performance. According to Moats, “In terms of animal health, the transition dairy cow is considered a high risk animal. The cow is undergoing major physiological changes as she prepares to give birth to her calf and start her lactation cycle. Research suggests that the Omega-3 fatty acids in flaxseed may aid the immune status and future reproductive performance of these high risk cows.” On-farm application of LinPRO™-R confirms these results. Tim Emerson, who is an independent dairy nutrition consultant, has developed feeding programs for producers that include LinPRO™-R. “Since including LinPRO™-R in the diet of early lactating cows, my clients have observed an improvement in animal conception rates.”
To further their understanding of the benefits of the LinPRO™-R product, O&T has collaborated with Penn State University to determine the effects of LinPRO™-R on the immune status of early lactating dairy cows. 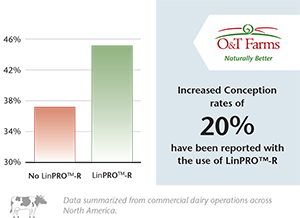 The challenge of feeding flaxseed
Rob Dreger, Vice President of Sales and Marketing at O&T Farms, recognizes the challenges with feeding flaxseed to dairy cattle and believes the LinPRO™-R product is the best solution. “The health advantages of flaxseed have been known for many years, but the limiting factor for dairy cows has been the rumen escape value. Researchers have found that straight ground flaxseed or flaxseed oil can cause digestive disturbances in cattle, especially in the rumen.”

The unprotected polyunsaturated fatty acids (Omega-3s) can harm the microbial community in the rumen; therefore, the microbes change the structure of incoming dietary fatty acids to a saturated form.

This process is called biohydrogenation, which limits the availability of Omega-3 fatty acids by the animal and can lead to other production issues such as milk fat depression. While whole flaxseed has been explored as an option to protect Omega-3s from the rumen microbes, it has been found that the animal cannot effectively digest the oilseed in the small intestine and most of it is wasted.Thus the question: How can we provide a source of dietary Omega-3 fatty acids to the cow that is protected from the rumen environment, yet digestible by the animal? 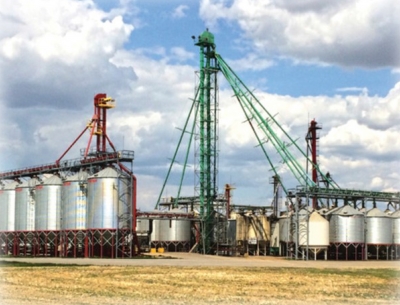 LinPRO™-R is a supplemental fat and protein source for dairy cows made by dry extruding several ingredients including flaxseed, alfalfa and peas. What makes LinPRO™-R unique is that it is an easy-to-use, stable source of land-based Omega-3s that can be added to a dairy cow’s diet to provide a rumen-protected source of these essential fatty acids.Dry extrusion is a heat processing technique that uses a combination of friction and pressure to rupture the oilseed and form a protective protein-fat matrix that is stable and highly digestible by the animal.This is where the news gets really exciting. Moats says, “On-farm dairy trials have demonstrated up to 20 percent improvements in reproductive performance when LinPRO™-R has been included in the cows’ diets.”There is also the potential to improve the immune status of the transition cow and the herd as a whole with LinPRO™-R. O&T research initiatives have also demonstrated improved animal production and elevated Omega-3 fatty acid levels in the milk, which supports a whole new marketing opportunity for value-added dairy products.

One of O&T Farm’s earliest users of LinPRO™-R is Mel Foth, a progressive dairy producer from Saskatchewan who saw the opportunity for both the cow and the value-added Omega-3 dairy products. Foth says, “My fundamental beliefs in Omega-3s supported my reason to incorporate LinPRO™-R into my cows’ diets. We have seen the benefits at the dairy cow level and now would like to explore the future for value-added Omega-3 dairy products”.The future of both animal and human nutrition continues to evolve with Omega-3s playing a pivotal role. A diet that is Omega-3 rich during the cow’s transition period will provide a positive immune response. This immune response leads to increased conception and ultimately reduced production costs for the producer.Coupled with this is the added opportunity for a processor to introduce Omega-3 value-added products into grocery retail. All of this can be accomplished by executing a strategy starting with healthier land-based Omega-3 feeds.

OMEGA-3 DAIRY: A Recipe for Success

By Steve WeismanWe are what we consume....