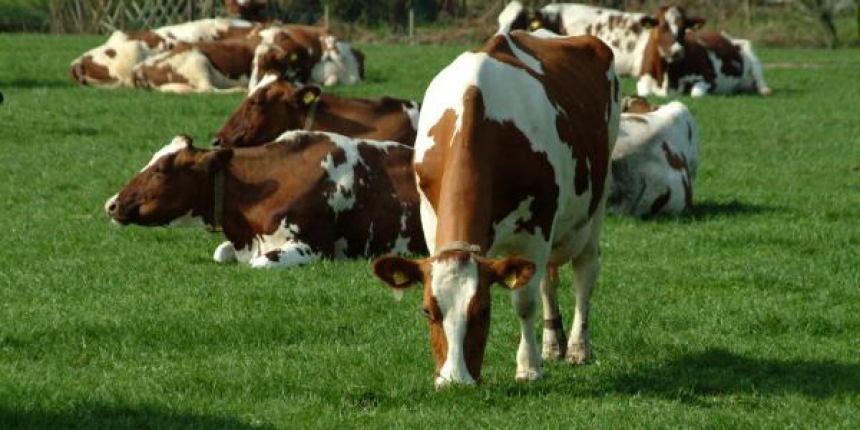 US - A strain of methicillin-resistant Staphylococcus aureus (MRSA) is reported to be becoming increasingly prevalent in pigs, dairy cows and chickens, according to a recent survey. Although this strain rarely causes illness in humans, Food Animal Concerns Trusts is calling for greater restrictions on the use of antibiotics for livestock. Livestock herds could become a vast breeding ground for methicillin-resistant Staphylococcus aureus (MRSA), a formerly rare bacteria found mostly in hospitals but now spreading beyond health care settings, reports Oregon Live.

More than 90,000 people become ill and 18,000 die from MRSA infections each year in the US, by one recent estimate. To date, the vast majority of human infections are caused by strains that emerged in hospitals because of heavy antibiotic use. Resistant mutants survive treatment and multiply.

But researchers are finding that MRSA bacteria are becoming widespread among pigs, dairy cattle and possibly chickens. The MRSA strain found in livestock has been implicated in only a few cases of illness in people. But health officials are concerned that livestock herds could act as a reservoir from which the bacteria increasingly could spread to vulnerable people.

"We know it's a potential reservoir right now; the question is, what is the best way to manage the risk," said Steve Roach, public health program director for Food Animal Concerns Trusts, a Chicago-based non-profit organisation involved in promoting food safety, animal welfare and family farming.

Dutch authorities in 2003 were the first to detect MRSA in farm animals. They identified a new strain, called ST398, in pigs. Studies since have found the ST398 strain in pigs, cattle and broiler chickens in various European countries. Pigs have also tested positive in Canada and, most recently, the US.

Researchers in Iowa found MRSA in nearly half of 299 pigs tested at two large-scale pork producers in Iowa and Illinois. The bacteria also showed up in nine of 14 workers tested at one of the sites, researchers reported last month in the journal PLoS One.

None of the farm workers became ill, but the strain has caused human infections in Europe – justifying concerns that livestock could serve as a reservoir for spreading illness among people.

Cooking easily kills the bacteria, so it is not dangerous to eat fully cooked meat from animals harbouring MRSA, said Emilio DeBess, public health veterinarian with Oregon Department of Human Services. But workers who come in contact with live and slaughtered animals could pick up the bacteria and become sick or spread the bacteria to others who are vulnerable.

Mr Roach told Oregon Live that the government should be doing more to confront the problem. He said health authorities should alert hospitals about the risk posed by patients who may be carrying the bacteria from farms and meatpacking plants. And he said regulators should curb the large-scale use of antibiotics in farm animals.

Livestock growers routinely feed a variety of antibiotics to hogs, cattle and poultry to boost growth. Studies have found that the practice can promote the rise of drug-resistant bacterial strains.

"There is enough evidence, including the rise of MRSA in livestock, to suggest we should reduce the amount of antimicrobials we are using," said Mr Roach, whose group is part of a campaign called Keep Antibiotics Safe. Other groups include the Center for Science in the Public Interest, the Humane Society of the United States and the Union of Concerned Scientists.

The European Union banned the use of antibiotics as growth promoters three years ago. The US Food and Drug Administration proposed a rule that would have limited the use of one class of antibiotics. But the agency withdrew the proposal in December.

The advocacy groups want the government to create a roster of antibiotics that are essential for fighting human infections, then ban the use of these agents in non-sick animals and restrict their use in sick animals, concludes the report in Oregon Live.