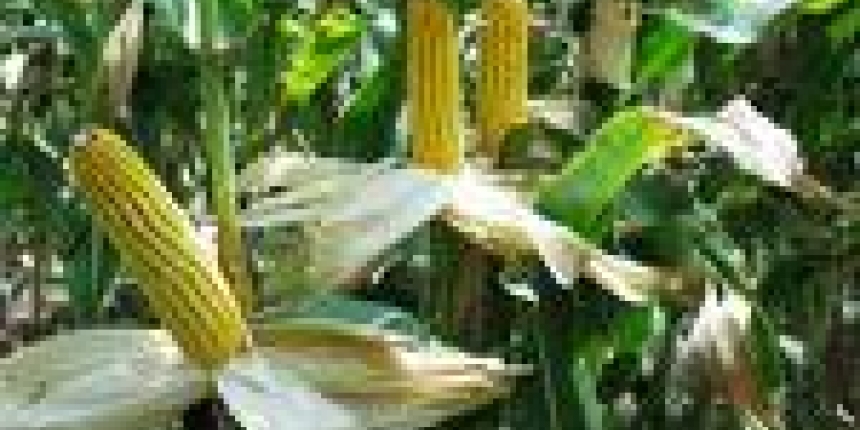 The federal government's estimate of North Dakota's 2008 corn production includes millions of bushels of grain that are covered by snow and might never end up in farmers' bins. Farmers in eastern North Dakota last year were unable to harvest about 10 percent of the state's corn crop because of heavy rains followed by early snow. As many as 20 million bushels of corn might still be in the fields, said Tom Lilja, executive director of the North Dakota Corn Growers Association.

"The assumption is that it's out there and that it will get harvested," he said. Even if it does, about 3 million bushels is likely to be lost by spring because of the weather. If none of it gets harvested, the official U.S. Department of Agriculture estimate of a record 285 million bushels could be off by 20 million bushels.

USDA is not likely to recalculate its estimate under either scenario, said Darin Jantzi, director of the North Dakota Agricultural Statistics Service office in Fargo. The question asked of farmers - in this case in an early December survey - is "acres harvested and to be harvested," and some of those acres are abandoned every year, he said. "In other years that we've had some weird December conditions, which hasn't been very many, we've never actually gone back and done a follow-up survey," he said. Even if the estimate is off by 10 percent, it would have little effect on commodity markets. The state is still a minor player in U.S. corn production, despite a production increase of more than fivefold in the past 15 years. North Dakota's corn production is less than 3 percent of the national figure of 12.1 billion bushels. "Even though we've got a decent amount of corn in the state, that amount on a national level probably isn't going to affect the market that much," Jantzi said.

If it were a regional problem, with a similar amount of crop still in the fields in South Dakota and Minnesota, USDA officials might be more open to revisiting the estimate, Jantzi said. Officials with the corn grower groups in those two states said the amount of corn left in the field last year because of late-season weather problems was minimal. Lilja said a bigger worry is a big drop in demand for corn that has hurt prices. "There are less foreign markets purchasing our corn, there are less ethanol plants consuming it, there are less cattle on feed consuming it," he said.

Lisa Richardson, executive director of the South Dakota Corn Growers Association, said another worry for farmers with corn still in the field is that it could hamper their crop rotations this spring. For example, a farmer who normally rotates wheat and corn would need to get standing corn combined in time to get a wheat crop planted on that ground.

If it turns out to be a wet or late spring, "that's a true concern," Richardson said. Despite the problems, Lilja said he expects North Dakota corn production to remain high this year. "If you look at profit potential, corn is still the most profitable crop," he said. "Overall, if a producer has been into corn now for a couple years and they see the potential yield and the potential profits, I don't think they'll cut back that much."

CANTERBURY, Conn. (AP) - Many Connecticut dairy farmers are worried that proposed new state rules on raw milk could put them out of business. The state Department of Agriculture wants more stringent warnings on containers of unpasteurized milk, more testing and limits on where the product can be sold.

Officials say it's intended to better inform consumers about the risks of drinking raw milk, and to help consumers avoid accidentally buying it if they think they are buying pasteurized milk. Several dairy farmers say they understand the concerns, but that the unfunded mandate would be so costly that it could force them to shut down.

It also would restrict their income by limiting sales to farms only, not the scores of retail outlets with whom the dairy farmers currently do business.
Report comment as: (required) X
Remarks: (optional)
Report item as: (required) X
Comment: (optional)

It's all in the Taste

Farm milk prices were favorable for the past two... 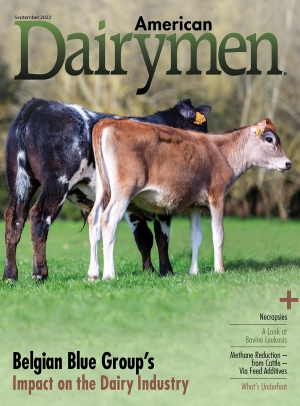